Paul's Session Is Available Until Thursday, May 16 @ 8AM EST 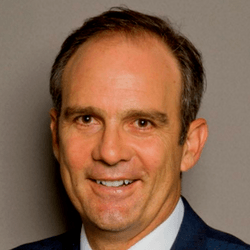 Paul will show you the top winning singles strategies used by legends such as Roger Federer and Pete Sampras that you can also implement in your game.  Paul is a former professional tennis player and one of the world’s leading coaches and commentators in the sport. During his 14 years on tour as a player, Annacone won three ATP titles and reached a career high ranking of No. 12 in singles. He won the 1985 Australian Open doubles title, and finished his career with 14 doubles titles. Annacone worked with some of the most esteemed and accomplished players ever to pick up a racket, including Federer, Sampras, Henman, and Sloane Stephens.

Act Now to Get LIFETIME ACCESS to All 40+ World Class Tennis Summit Masterclass Sessions Plus $1,135 in Exclusive Bonuses