Gigi's Session Is Available Until Friday, May 17 @ 8AM EST 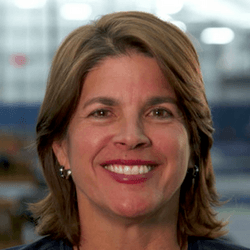 In this encore presentation, you'll learn critical doubles fundamentals and eye opening secrets from former world #1 Gigi Fernandez.  Gigi is widely considered to be one of the best doubles players of all time. She is a Hall of Famer, winner of 17 Grand Slam doubles titles with various partners, and 2 Olympic Gold Medals with Mary Joe Fernandez.  In 2000, Gigi was named Puerto Rican Athlete of the Century. Gigi now spends her time coaching adult players how to excel at doubles and developed the Gigi Method of doubles.

Act Now to Get LIFETIME ACCESS to All 40+ World Class Tennis Summit Masterclass Sessions Plus $1,135 in Exclusive Bonuses